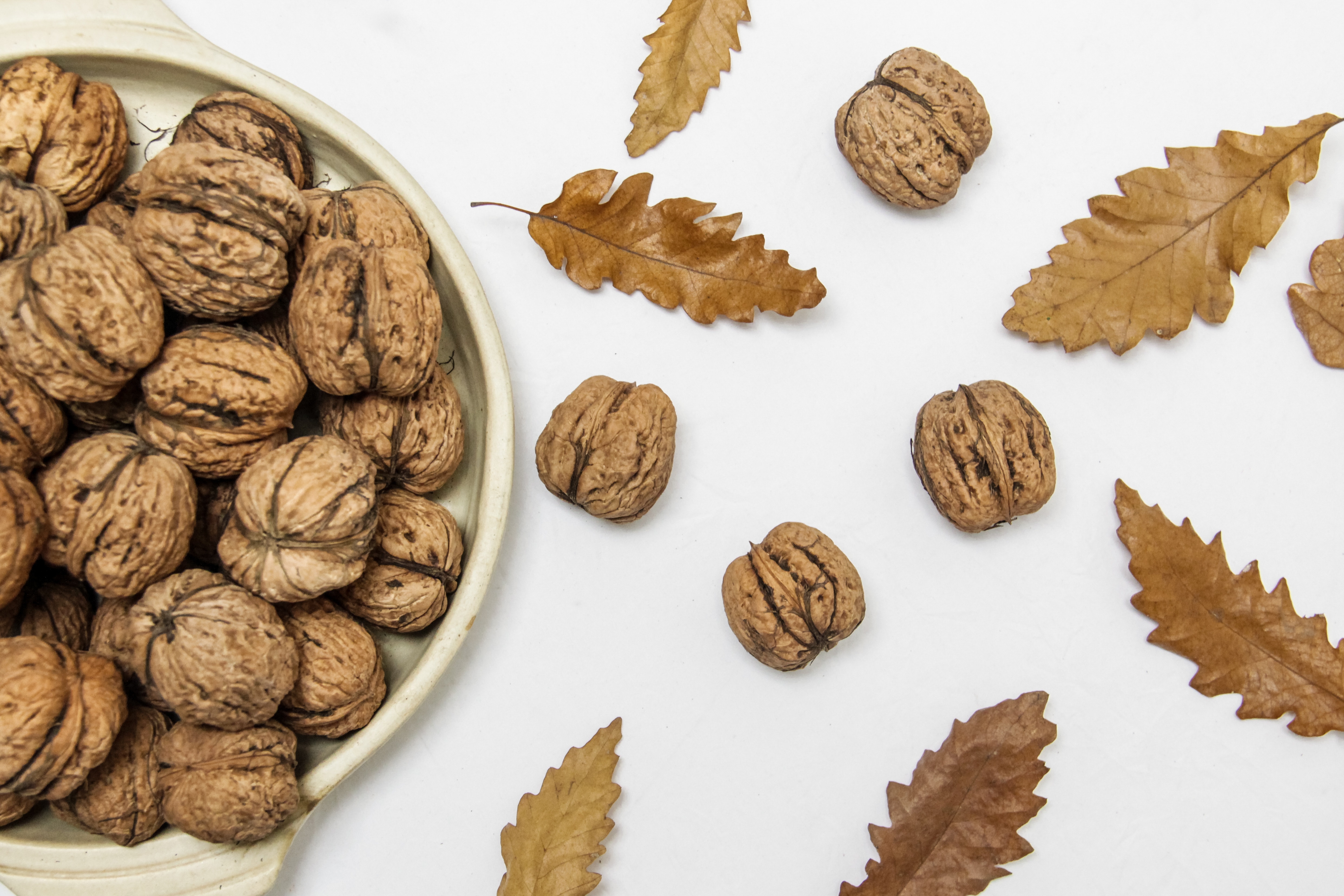 There is probably no question about the overall health benefits offered by plant foods:

Putting it in a nutshell: My own experiences and what I’ve learned from teachers, science and other companions altogether confirm the transformative power of plant foods. As for today, we want to focus on the connection between food and our mind:

Sounds interesting? – Let’s get right into it!

Whatever you put into your mouth, it will influence every single area of your body: not only your digestive tract, your metabolism, and cardiovascular system but also your brain. When it comes to studying the human’s brain, we are probably all aware of the fact that science has its limitations. In fact, we can say that the brain is one of the most mysterious biological systems. As not only intelligence but also our emotions and (sub-)consciousness are related to this organ, we are entering the subtle energetic field. And this area is not acknowledged by western scientists yet. However, there is proved science which shows the effects of nutrition on brain function. 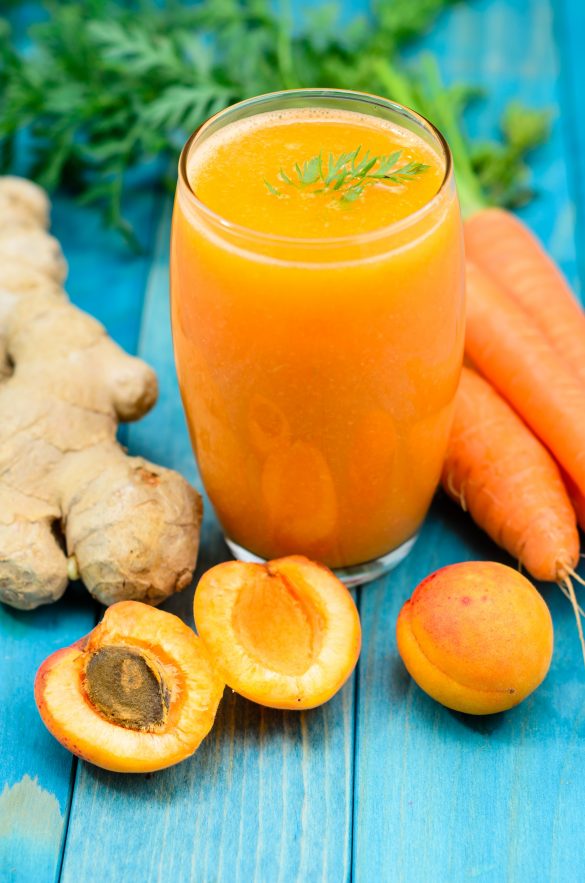 “The act of nutrition has been proven in research
to have a direct correlation with the improvement of mental health.”
(Eva Selhub)

Studies show that people following a vegetarian or vegan diet do have a rather stable emotional state, including depression, anxiety, fatigue, sense of well-being and daily functioning (Beezhold et al., 2010).

Speaking in terms of matters based on scientific research, these benefits may be due to a higher level of antioxidants. These are phytochemicals found exclusively in plants which protect our cells from damaging substances called free radicals; they enhance oxidative stress, inflammation, and cell damage. On the other hand, vegetarians show a decreased intake of glycotoxins produced in heat-processed foods, such as hamburgers, hot dogs, processed cheese, etc. These molecules cause an increase in oxidative stress and have been linked to common health issues in westerners, such as diabetes and cardiovascular diseases.

In short: When you take in nutritious food containing vitamins, minerals and especially antioxidants (phytochemicals) from plant sources, your body cells (including the brain) will be protected from oxidative stress and free radicals. If you don’t consume fresh whole plant foods, your body cells (plus brain) will be attacked by free radicals which may negatively impair your cognition and mentality.

Eastern medicine, such as the Traditional Chinese Medicine, says that the key to health lies within the digestive tract. Ayurveda puts it into the statement “You are what you digest” what I personally believe is very truthfully said as our gut is lined a hundred millions of nerve cells. This gut-brain connection is already well-known in western science. These two organs communicate by neurotransmitters, they are connected by the Vagus Nerve. But also the microbiome plays an essential role in the gut-brain connection. This topic of digestive health and its attachment (not only) to our brain is a vast one that I will cover in a few specific upcoming articles. As for now, let’s have a look on which foods will influence our brain beneficially through the process of digestion. 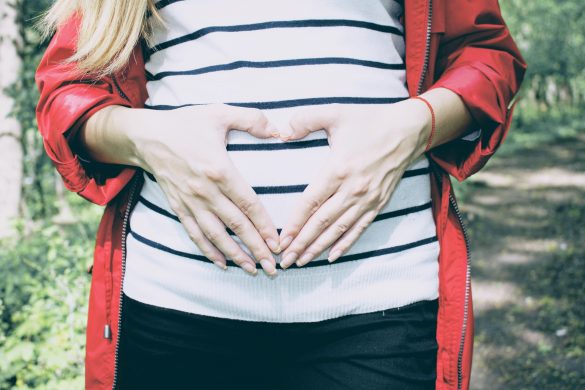 Have you heard of Serotonin before? Exactly, it is our mood boosting hormone. And did you know that Serotonin is predominantly (> 90 %) produced in the gut? By the way, it is also responsible for our sleep-waking-rhythm, for bone health, bowel movements and much more. Thus, our intestines are not only responsible for breaking down nutrients and bringing them into the bloodstream; but also for our emotional well-being. Having lower serotonin levels in the blood is rather associated with depression, anxiety, and insomnia. Serotonin is produced by an amino acid called Tryptophan. This protein building block is found in both animal and plant sources. However, research gives us hints that tryptophan from plant sources is more bioavailable for crossing the brain barrier where it needs to get through in order to be synthesized into Serotonin. Animal products contain a relatively small amount of Tryptophan compared to other amino acids, which compete with one another for access to the blood-brain barrier. Thus, although these products provide us with Tryptophan, it is not sufficiently available for our brain (Wurtman et al., 2003).

~ Are there health-promoting foods for the brain? ~

As you can guess: our brain is not a separated organ from the rest of our body. And we don’t eat one specific food for one specific type of tissue. However, having a closer look at its composition and biochemistry, there are a few nutrients and therefore food groups that are regarded as essential for our brain health. 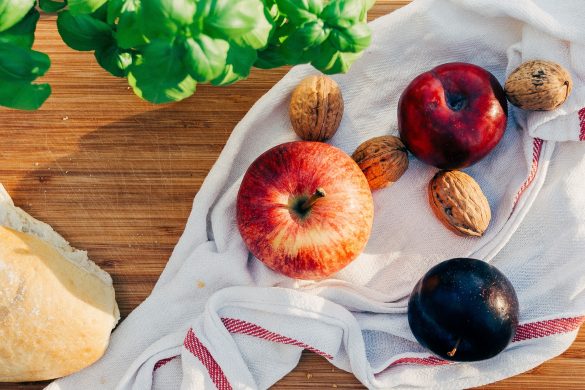 On the other hand, we can count a few substances (food ingredients) which may have a potentially negative effect on your overall, but especially on 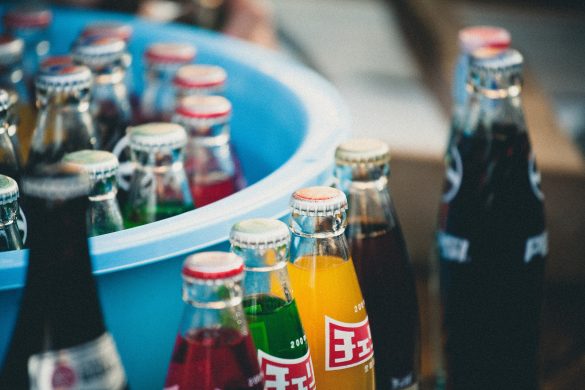 I just want to give you a quick insight into the perspective from the Indian tradition of Ayurveda: What do this ancient medicine and holistic approach say about the impacts of food onto our mind? 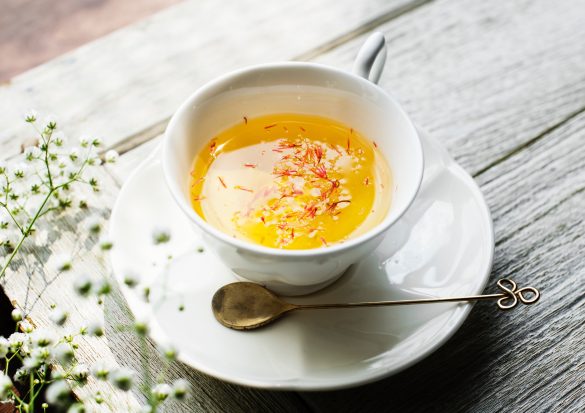 Ayurveda asserts that food does not only affect our physical body but that the mind is also directly influenced by what we put into our body as well as food preparation, taste, freshness, and appearance. Eventually, all of our senses are affected by the act of eating. Ayurveda recommends choosing fresh foods, a compatible combination and the use of herbs and spices. However, each food has a certain quality which might either bring us into a state of balance or cause some kind of imbalance. These qualities are classified into three categories, the so-called Gunas: universal attributes or qualities of consciousness. They do not only relate to food, but also to our overall state of consciousness and have a profound influence on the subtle body and the mind.

Ayurveda always strives to boost Sattva, because eating these foods in the right quantity will balance all three doshas, bring mental harmony into your being and arise conscious awareness. The Sattva quality is aligned with liberation and enlightenment, which is why yogis are following a sattvic (pure and clean) diet. When eaten Rajasic and Tamasic foods, we should be cautious about the quantity as these foods may cause an imbalance (Guha, 2006).

To conclude the findings of science on nutrition and mental health:

I’d love to hear your opinion and experience in nutrition and mentality.

Guha A. Ayurvedic Concept of Food and Nutrition. University of Connecticut. School of Medicine (2006).

2 thoughts on “Plant Based Nutrition #3 | Mental health and clarity” 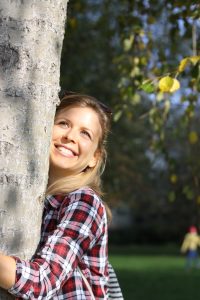 Welcome & Namasté! I’m Isabel –  a nature lover, plant-based enthusiast and advocate for a spiritually connected life. My deepest desire is to support you towards a life filled with vitality and deep meaning. As a holistic health coach, nutritional expert, yoga and meditation teacher, I offer you guidance along this journey. 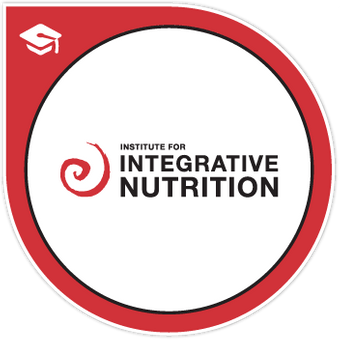 “The universe reveals its secrets to those who dare to follow their hearts.” 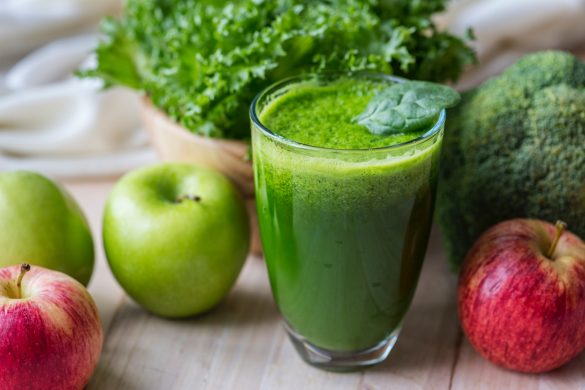 Live in sync with nature & the universe. 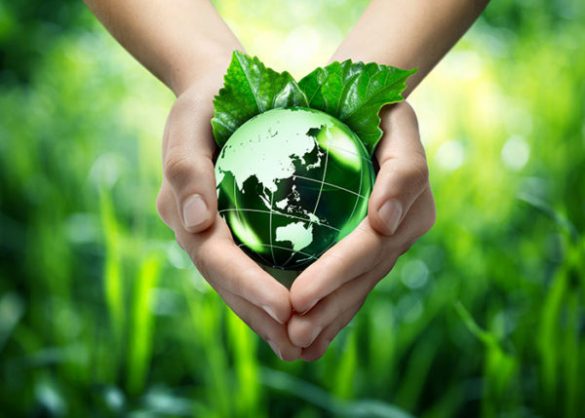 Align with your heart’s truth. 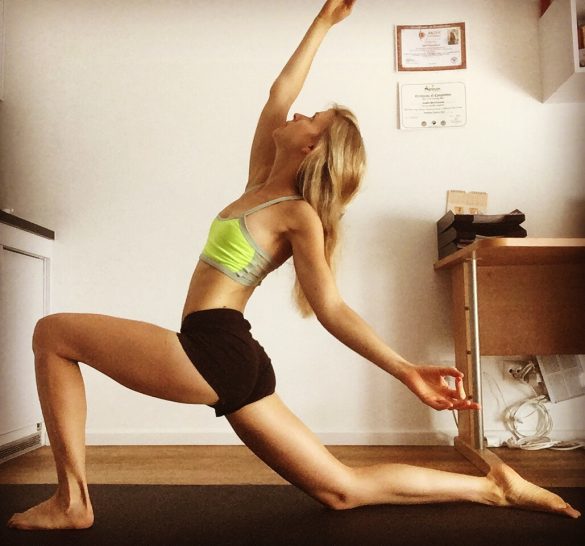